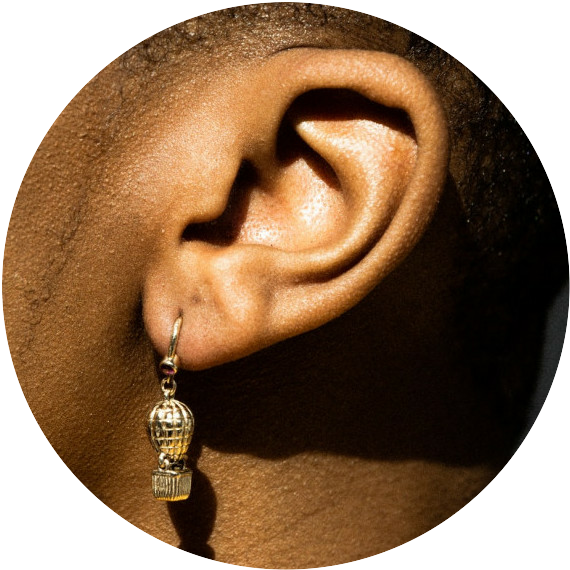 Can You Hear Me Now?

The human ear is a delicate and sensitive structure. Under normal conditions it processes a wide range of acoustical activity through the nervous system and the brain in order for you to be able to hear sound.

When any part of the ear breaks down, it affects our ability to perceive sound. Disease, heredity, infections, and noise are among the cause of hearing loss. Aging is another major cause of hearing deterioration.

To understand what happens when our diminishes, you need to understand the anatomy of the ear and how it works. 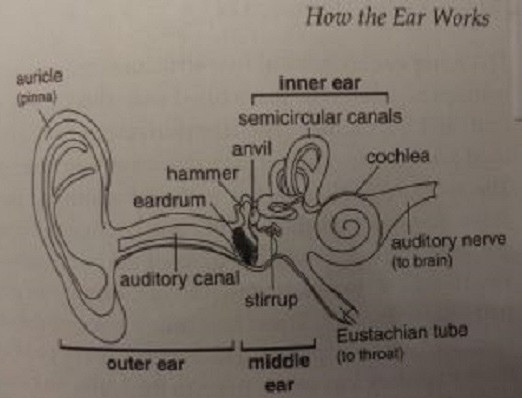 Anatomy of the Ear

The ear has three major parts: ‘the outer ear;’ ‘the middle ear;’ and ‘the inner ear.’

The outer ear collects sound waves and funnels them into the middle ear, which passes them onto the inner ear.

The inner ear converts the waves into nerve impulses and transmits them to the brain. The inner ear also contains the balance mechanism.

Includes both the ear we see – the auricle (pinna) be the visual portion of outer ear canal, a passage about three quarters of an inch long. Sound travels through the canal and hits the eardrum, a thin membrane that separates the outer ear from the middle ear.

There is a small cavity between the eardrum and the inner ear. It contains three small, connected bones (ossicles): the malleus (hammer), the incus (anvil), and the stapes (stirrup).

When the eardrum vibrates, these bones also vibrate, thus conducting sound to the inner ear. The middle ear also includes the eustachian tube, which leads to the nose and throat, and whose main function is to keep the air pressure in the middle ear equal to the surrounding environment.

The auditory nerve attaches to the labyrinth and the cochlea, and connects the hearing and balance functions of the inner ear to appropriate parts of the brain.

As sound vibrations are transmitted to the cochlea, they set tiny hair cells in motion. These hair cells transform the vibrations into nerve impulses. The acoustic nerve picks up these impulses and sends them to the brain, which interprets these signals as words and other sounds. (See Can Allergies Affect Your Ears?)

The labyrinth in each inner ear monitors the position and movements of the head by means of three semicircular canals.

Each canal is at right angles to the other two so that when you nod, shake, or tilt your head, one or more of the canals detects the movement and relays the information to the brain.

The brain, in turn, coordinates this information with your eyes and the muscles in your body to assess your exact position and the movements you need to make to keep your balance.

When you experience a loss of balance, it usually means that you have a disorder of the inner ear. One of the ear most common child problem is Otitis Media.

Most sound starts outside the ear, causing the air to vibrate and produce sound waves. The pinna channels the sound waves down the ear canal to the eardrum, which begins to vibrate. The vibrations pass through the hammer, anvil, stirrup, and oval window into the cochlea.

Tiny hairs in the cochlea change the vibrations into nerve impulses, which are transmitted by the auditory nerve to the brain. Also, if you’re constantly experiencing a ‘woosy’ and ‘dizzy feeling’ each time you arise from a sitting position, you may want to hear this video regarding ‘the vertigo & dizziness program.’

The twin difficulties of the inability to see and hear cause special problems for the individual as well as the person’s teachers and rehabilitators.

Some people feel that removing the hyphen to create one word separates the condition from deafness and from blindness, reflecting the unique nature of the condition. Others assert that hyphenating the words achieve this distinction. 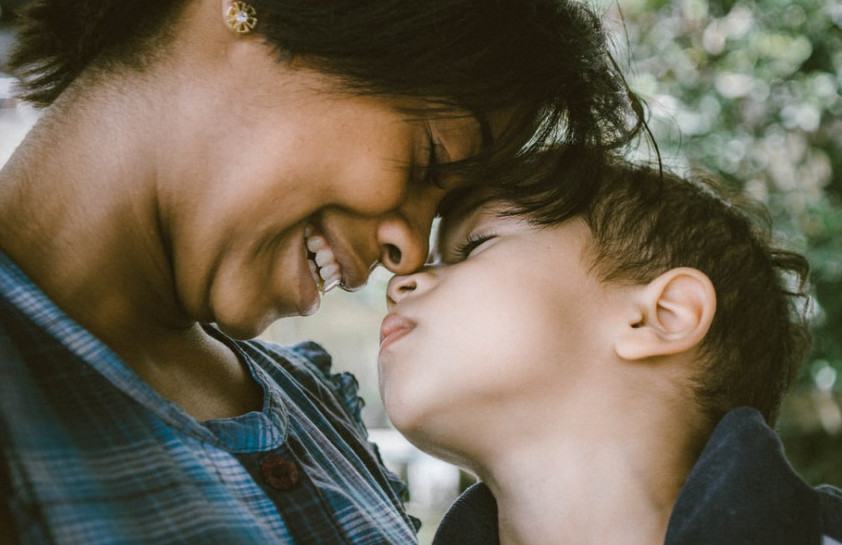 Because deaf-blindness is rare, there has been relatively little help from agencies in this country.

The first federal program for deaf-blind people was legislated only in 1968.

Although the particular problems of deaf-blind citizens were not widely known, the 1964 rubella epidemic brought the problem to the attention of the U.S. Congress – of the 30,000 infants who suffered visual or auditory systems problems because of this epidemic, about 1,500 were born blind and deaf.

A realization of the impending influx of deaf-blind students Congress to appropriate special funds for their education in 1968.

DEAF-BLIND PEOPLE HAVE A LOSS OF TWO SENSES:

Although they have to deal with these two important losses, there is a wide variation among their other abilities, just as in the hearing and sighted population.

One of the problems faced by deaf-blind people be the definition of deaf-blindness: Different facilities and educational programs define it differently.

Further, blindness itself is defined differently across the country. Many groups support this definition: Deaf-blindness involves visual and auditory problems for those who are only visually impaired or hard of hearing.

The number of deaf-blind people in the United States is hard to calculate, but a national study commissioned by the Department of Education in 1980 estimated between 42,000 and more than 700.000, depending on how deaf-blindness is defined.

Most people who are deaf-blind are over age 65 because as individuals get older, the risk of impairments increase. More women than men are deaf and blind, which may be related to a woman’s longer lifespan.

The study also revealed the so-called rubella bulge (the excess number of children born blind and deaf during the 1964-65 rubella epidemic), who were from 14 to 16 years old at the time of the study. 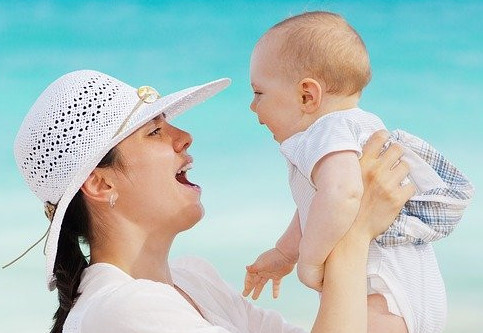 In the absence of epidemics, between 250 and 300 deaf-blind children can be expected to be born each year because of genetic problems, accidents and diseases.

Despite this national study, many gaps in understanding this population remain. There is no available data on socioeconomic status, education, race, employment or civil status of deaf-blind people, which inhibits efforts to reach this population.

Teaching A Deaf-Blind Child Is Certainly Difficult, But It Is Not Impossible.

According to the National Needs Assessment of Services for the Deaf-Blind persons, the major obstacle to success be the low opinion of the abilities of deaf-blind people held parents, teachers and society.

When the Elementary and Secondary Education Act of 1968 was passed, it authorized the establishment of centers for deaf-blind children.

But it was not until the passage of the Education for All Handicapped Children Act of 1975 that education for all deaf-blind children could be guaranteed, since any local agency could deny education to a student it considered too difficult (or costly) to teach. 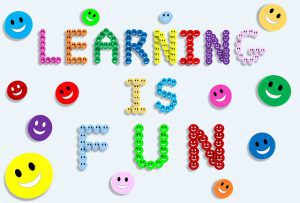 According to research, even children born blind and deaf can be taught to communicate, especially if provided with early intensive intervention soon after birth.

Without early efforts to stimulate deaf-blind infants, they develop stereotypical, asocial behavior in an effort to provide the stimulation they don’t get from their environment.

To counteract this, parents must provide continual, consistent stimulation of taste, feel, smell movement and temperature together with enhancing whatever residual sight or hearing the child has.

Although deaf-blind children are just as intelligent as sighted and hearing children, their communication problems mean they acquire knowledge more slowly and often show self-stimulatory behavior.

This behavior, which appears almost autistic, can include waving fingers, rocking and rubbing their eyes.

This group was organized to bring support and recognition to deaf artists by collecting, publishing and disseminating information about deaf artists.

It also provides cultural and educational opportunities and services to members and exhibits and markets deaf artists’ works.

This group offers two directories – one of visual artist and one of performing artists. The directory of visual artist (such as painters, sculptors and graphic designers) includes names, addresses, telephone numbers, education, type of artist and availability, along with several photographs of artwork.

The directory of performing artists lists information on individual artists and performing arts groups. It includes names, addresses and telephone numbers of actors, dancers, mimes, poets and storytellers with information on their availability fees and willingness to travel. Also in regards to children and toddlers 1st words and other language skills , look here at Toddler Talk: Techniques & Games 1st Words Without Tears.