The Doctor’s Diagnosis Is Usually Final 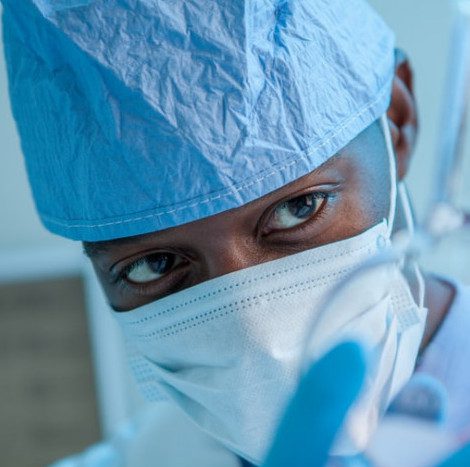 THE MOST COMMON METHOD

The most common method used by all doctors is visual inspection of the eardrum using an otoscope. The otoscope is the familiar hand-held device you’ve seen the doctor use when looking in your child’s ear. When looking in the ear, the appearance of the eardrum is the most important sign.

When looking at the ear, the appearance of the eardrum is the most important sign. The eardrum has several characteristic landmarks. If any of the land marks have changed in appearance, it may suggest a problem in the middle ear.

Since the eardrum is somewhat transparent, it is possible to see behind it to a limited degree. Behind the eardrum the doctor might observe an arrangement of large or small bubbles – suggesting fluid in the middle ear – or a fluid line. This fluid line will often change position when the child tips her head forward or backward (Just as if you had taken a full glass of water and tipped it back and forth). 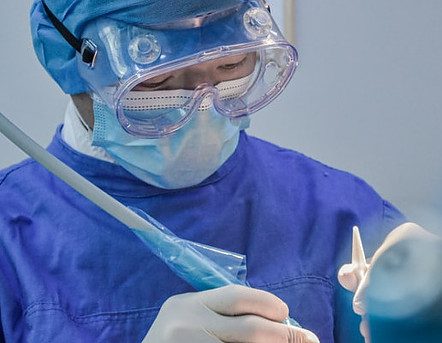 Crying, which is typical of a sick child undergoing a middle ear exam, can lead to a temporary engorgement of the blood vessels in the ear canal and also can give a bright red appearance to the eardrum. This should not be mistaken for an ear infection.

The variation of the otoscope is the pneumatic otoscope. This device is an otoscope that has been modified by attaching a tube that connects to a small bulb. In an examination, the doctor places the speculum in the ear as usual. A tight seal of the speculum against the ear canal is needed so that no air escapes.

The doctor then pumps air into the external ear chamber using the bulb. Pumping air into this sealed causes the normal eardrum to be forced away from the doctor. When the air pressure is released, the eardrum returns to its normal position.

If the middle ear is full of ‘fluid’ or ‘pus’, the eardrum moves very little or not at all. When done properly, pneumatic otoscopy is a very useful way to find out if there is fluid in the middle ear.

Tympanometry is another method used to examine for middle ear effusion or fluid. Like the pneumatic otoscope, the tympnometer uses air pumped into the ear canal to assess movement of the eardrum. The major difference is that as air is drawn out of the ear canal, a sonic signal is bounced off the eardrum. As the air gradually released the response of the eardrum is monitored electronically and plotted on a graph – called a tympanogram.

You may have heard your doctor refer to a “flat” tympanogram, meaning that the response of the eardrum to tympanometry did not produce the typical spied curve his suggest there is middle ear fluid.

CONSIDERED BY MANY THE MOST RELIABLE MEANS 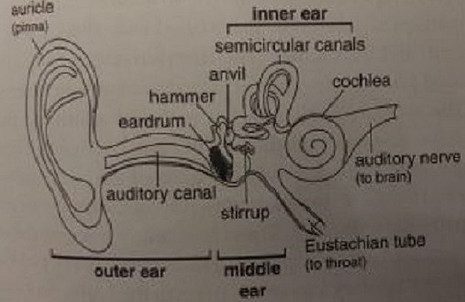 Because tympanometry equipment has become relatively inexpensive many clinics now use it in the evaluation of patients with middle ear complaints. One caveat is in order, however. A poor seal of the ear canal can lead to a “flat” tympanogram suggesting middle ear fluid is present when it is not. If you get a reading of a flat tympanogram, it may help to repeat it just to be sure.

Reflectometry is an accurate and simple method that relies on soundwaves to detect fluid in the middle ear. All these methods are used to varying degree.

There are a number of technical terms used in certain treatments and by your doctor, to describe earaches. Some of these may sound confusing. The medical term for problems of the middle ear is otitis media, derived from the Latin, oto – meaning ear, and -itis meaning inflammation. The term media means middle. Thus, otitis media technically means middle ear inflammation – not infection.

Chronic and Acute: Chronic conditions are those that are recurrent and of long-standing duration. Acute conditions are usually associated with severe symptoms and are of short durations.

Serous, Mucoid, and Purulent: Refer to the type of fluid present. Serous fluid is thin and watery, and usually does not contain harmful bacteria. This type of fluid is very common. Mucoid fluid is thick, sticky, and mucus-like. Purulent (also called suppurative) refers to the presence of fluid that contains many white blood cells – what we typically call ‘pus.’ This is the type that usually contains harmful bacteia.

Effusion: Refers to the escape of fluid into the middle ear.

Doctors combine the above terms to describe the part involved, the sepcific region, whether it contains fluid, the type of fluid, and the duration of the problem (And problems will exist). For instance, a diagnosis of chronic serous otitis media with effusion implies that there is fluid drainage into the middle ear that is recurring and of long-standing duration.

Throughout careful research, it has been determined that the middle ear fluid in a high percentage of cases of otitis media contains no bacteria, or normal bacteria. In only a small percentage of cases does it contain viruses. Therefore, recognize that all “ear infections” are actually infections.

Listen to this amazing video, If You’re a parent with children between ages 2-14

(See: ‘Welcome To The Gallery Of Block-Busting Articles’)