Roughly One-Third Of All Pediatric

Earaches Among Babies Are No Laughing

For many children, earaches began in infancy. By the age of three, over two-thirds of all children have had one or more episodes of acute otitis media, including 33 percent who have had three or more episodes.

Nearly all children affected continue to have problems until the age of six or seven. Otitis media does not become rare until after age 10, and persists in some children beyond 15 years of age.

Boys appear to be affected more often than girls in the younger age groups, while the trend reverses in older children.

In spite of vast increases in the pediatric use of antibiotics, the incidence of otitis media has risen sharply! But before we continue and touch on remedies and preventive measures, let me first explain what Otitis media is. 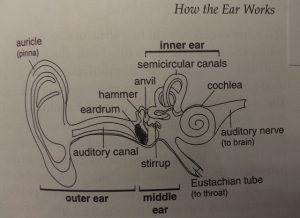 occurs when a cold, allergy, or upper respiratory infection, and the presence of bacteria or viruses lead to the accumulation of pus and mucus behind the eardrum, blocking the Eustachian tube. This causes earache and swelling.

In regards to children under two affected with this disease, the rate has increased 224 percent. This substantial increase in otitis media has been attributed to everything from increased doctor awareness to improved diagnostic abilities.

There are even those who contend that the incidence of otitis media has increased, in part, because of the widespread use of antibiotic drugs. Parents must also keep in mind that some antibiotics, not all, can cause permanent hearing loss.

To a degree, any of the above explanations may have merit. However, there are additional factors that have emerged during the past several decades that increase a child’s susceptibility to illness such as otitis media.

When beginning to introduce solid foods into a baby’s diet, it is important that only one food at a time be added. This way, if your child is sensitive to that food, you can identify it and avoid feeding it.

Once your child’s digestive tract has matured somewhat, you may wish to introduce the food again. The first solids your baby eats should Not  be from among the most common offenders. These include:

Most children consume far too much fruit juice. A glass of juice is almost purely simple carbohydrates – in other words, SUGAR. Excess sugar leads to deficiencies in immune function, such as described above.

If you must give fruit juice, dilute it with water, and don’t give it cold right out of the refrigerator. Most parents go to great lengths to make sure their baby’s formula is warm, but think nothing of feeding a bottle of cold juice from the refrigerator. Cold juice can slow digestion in a child of any age.

Often, parents feel they are doing their child a service by feeding honey instead of sugar. This is a mistake if large quantities of honey are given, since honey contains the same sugar found in table sugar.

There is an interesting phenomenon surrounding honey. When beekeeper’s want to claim the hive, they mix a solution of sugar water and spray the bees. A solution of water and raw honey also has a calming effect on the bees.

However, when pasteurized honey is used, all bees exposed will be found dead within 20 minutes.

It is unclear why this occurs, but it seems to suggest that raw honey may be a better dietary choice for humans than pasteurized honey. Almost all honey you find in the grocery stores is pasteurized.

You have to look specifically for raw honey. A good place to start is a local food co-op or health food store.

A recent study showed that consumption of refined sugar was associated with low intakes of vitamin E. Recall that vitamin E is important in immune function and for regulating inflammation.

It is also low in the diets of children living in industrialized nations.

Studies has shown that when sugar is ingested, the ability of white blood cells to destroy bacteria can fall by as much as 60 percent. Excessive sugar inhibits fatty acid metabolism because it is high in calories but lacks the nutrients needed to make the enzymes work properly.

I suggest you read the labels carefully. Any time sugar appears among the top five or six ingredients, don’t buy the product.

Avoid feeding the same foods every day. Food sensitivity can be induced by over consuming a given food every day for a long period.

The solution is to rotate foods. Instead of feeding oatmeal every morning for breakfast, feed oatmeal one day, wheat cereal the next, fruit the next, and so on. With infants, rice is preferable to wheat.

If your child has known food allergies, don’t feed those foods more than once or twice a week. When you do feed them, give only small amounts.

Avoid feeding raw food to your infant. Fruits need not be cooked, but vegetables and other foods should be. Raw foods are more difficult to digest. They’re also more apt to contribute to allergy.

Also, cold food should not be fed to a child. When food is eaten cold the body must first warm it to almost 100 degrees before it can be properly utilized.

For an infant or child whose digestive system is immature, this can spell trouble.

If you choose not to breastfeed, you should know a few things about infant formula. Powdered formula mix is higher in oxidized fats than is liquid formula.

As I once stated before, oxidized fats in the diet can set the stage for inflammation and immune function problems. Some infant formulas contain aluminum in concentrations 30 to 100 times greater than that found in human milk.

Aluminum is a toxic metalloid that has been implicated in brain and kidney damage.

For healthy infants this may not be a serious problem since the blood levels of aluminum following ingestion of formula are no higher than that of breastfed infants.

In regards to cow’s milk, if this is your choice, studies have shown it causes allergic reactions in a large percentage of children.

Cow’s milk and most milk-based formulas (except Enfamil) contain insufficient amounts of the amino acid taurine.

If you do choose to feed cow’s milk to your child under age two, use whole milk rather than skim or low-fat milk. Low fat milk has a high protein-to-fat ratio, which is not suitable for infants and toddlers.

Recognize that the American Academy of Pediatrics recommends that no child under the age one receive whole cow’s milk.

Also recognize that cow’s milk products are found to be the most common provoking foods in children with middle ear problems and have been associated with an increased prevalence of type 1 diabetes in children at risk.

If You Enjoyed This Article, Please Share It With Others On Social Media

Hearing Loss In Children And Adults | Myths And Facts 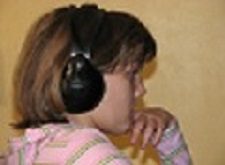 Hearing Loss Symptoms In Children | The Most 12 Important Ones. 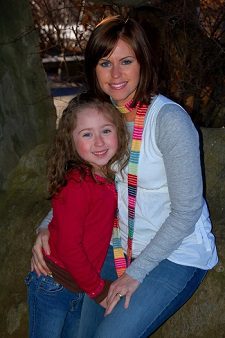 Parents And Deaf Children | Techniques That Foster Changes In Behavior.

babydosign.com is a participant in the Amazon Services LLC Associates Program, an affiliate advertising program designed to provide a means for sites to earn advertising fees by advertising and linking to Amazon properties including, but not limited to, amazon.com. Amazon offers a small commission on products sold through their affiliate links. Each of your purchases via our Amazon affiliation links supports our cause at no additional cost to you.